3 Common Roommate Issues and How to Resolve Them 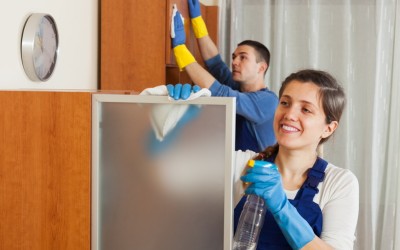 Living with roommates to save money makes sense, but it does come with its own unique set of aggravations. Currently, more Americans are living with a roommate than ever before, with 32% reporting co-habitation.

It’s worth it to most people to make a roommate situation work. Doing so can save you hundreds, if not thousands, of dollars in rent every year and comes with additional benefits, like having someone to watch your cat while you go on vacation, for example. So it’s worth it to resolve the conflicts that arise. Here are three common roommate issues, and what you can do to resolve them.

Taking Care of Common Space
Everyone is raised differently. Your roommate might not think it’s a big deal to wear shoes in the living room — and then leave them there — but it could be driving you crazy. Sometimes it can help to not only set firm rules, but also make them easier to follow if you’re not on the same page. Don’t like jackets laid over chair tops? Invest in a coat stand that makes it easy to hang them up the second they come inside.

Dust Bunnies Everywhere: The Benefits of Hiring a Maid Service
Did you know that 84% of Americans believe a clean carpet is necessary for a clean home? We’ve all had that roommate that seemingly never used a vacuum in their life. Sometimes it’s possible to take this on yourself, but if you have a large space — or even more than one roommate — it can start to eat up hours of your week. In this situation, it could be a good idea to hire local house cleaners and split the bill the same way you would with the Internet. Local house cleaners can clean your home twice a week or twice a month and will help preserve your sanity. On average, you’ll save 730 hours a year by hiring an experienced maid service.

Shower Hours
You have one bathroom and three or more people, especially if there’s overnight guests; running into each other in the morning can be a problem. This can be resolved by setting out a general schedule for everyone to follow, rather than racing each other to the shower. This may involve sometimes agreeing to shower at night instead, or limiting girlfriend/boyfriend sleepovers on workdays. If you have a lot of people using the shower in the morning, crack a window; this will help prevent moisture buildup, which leads to mildew.

On the one hand, having a roommate can sometimes be a hassle. On the other hand, a roommate will often become your best friend. Setting boundaries, hiring local house cleaners, and keeping to a shower schedule can help smooth over common tensions.